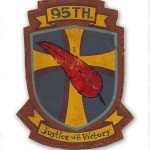 Skyliner Band is very proud to be the resident band of the 95th Bomb Group at Horham  http://95thbg-horham.com , it is a very special place that has become our “Second Family”.

The Red Feather Club complex itself consists of five inter­con­nected rooms and a separate guardroom.

The Red Feather Club, operated and managed by by the 95th Bomb Group Heritage Association, (95th BGHA) is the official UK museum of the 95th Bomb Group . The award-winning museum in a former NCOs’ club houses uniforms and memor­abilia relating exclus­ively to the 95th Bomb Group and has been described by visitors as “stepping back in time”. The museum is continually being updated as new addi­tions are donated or acquired. It aims to tell the story of the 95th from their early days in the US to their return home after the end of the war through displays, films and the first hand accounts of locals and servicemen.

The Red Feather Club complex itself consists of five inter­con­nected rooms and a separate guardroom. The former kitchen, which is now the entrance, houses a massive diorama of the airfield as it was during WW2 and the roll of honour listing all those lost. The mural room houses original artwork painted by US servicemen and preserved in place by the asso­ci­ation. The bar is a faithful recre­ation of the bar as it was used by NCOs during WW2. The museum itself used to be the Beer Hall. The most recently opened part of the complex is the former Dry Lounge – which is now called the Blue Lounge and is used extens­ively for 40’s style dances and events of all types.

We would urge everyone to take a visit to the 95th Bomb Group at Horham, it is open from around 10:00am on the last Sunday of every month between April to October, Also, ther are often people there working hard with    renov­ation work on Saturdays too, so if you see the flag flying, pop in!    They could always use another pair of hands

All details on the website to be found at http://95thbg-horham.com 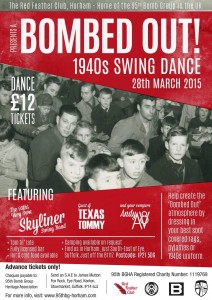 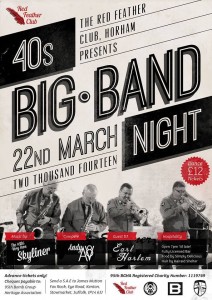 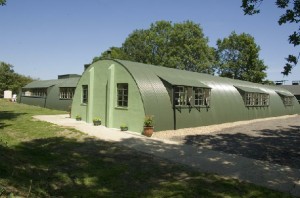 Friends of the Forties - online guide to everything 40s